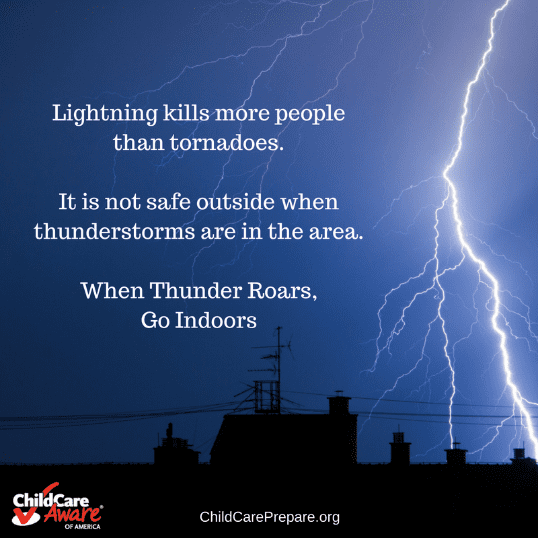 According to the National Weather Service/NOAA, lightning kills an average of 49 people in the United States each year, and hundreds more are severely injured. Although most lightning occurs in the summer (July is generally the month with the most lightning), people can be struck at any time of year.

Lightning strikes often occur in the afternoon. In fact, two-thirds of all lightning casualties occur between noon and 6 p.m.

What is considered a safe shelter during a lightning storm?

A safe shelter is a fully enclosed vehicle or a substantial building that has four walls and a roof. Examples of safe shelters include homes, offices, shopping centers, and hard-top vehicles with windows rolled up. Open vehicles (such as convertibles, golf carts, and motorcycles) and open structures (such as park rain shelters, porches, gazebos, baseball dugouts, and sports arenas) are NOT safe during a lightning storm.

If you are caught outside with no safe shelter anywhere nearby the following actions may reduce your risk:

Even though your home or child care program is a safe shelter during a lightning storm, you may still be at risk. According to the CDC, about one-third of lightning-strike injuries occur indoors.

The best way for you to protect yourself from lightning is to avoid the threat.

You simply don’t want to be caught outside in a storm. While some people move inside at the first signs of a thunderstorm, many people wait far too long to get to a safe place. Some wait until the thunderstorm is overhead and it starts to rain. Others, due to poor planning, are caught outside and can’t get to a safe place. Unfortunately, these delayed actions lead to many of the lightning deaths and injuries in the U.S.

Have a lightning safety plan.  If you have outdoor plans, be sure to familiarize yourself with the latest weather forecast before heading out. Consider taking a portable NOAA Weather Radio or AM/FM radio with you.  Cancel or postpone activities early if thunderstorms are expected. Monitor weather conditions and get to a safe place before the weather becomes threatening. 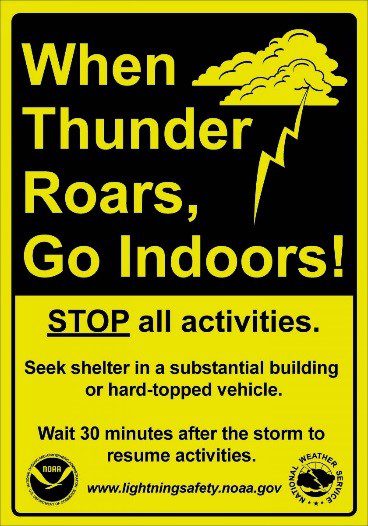 If someone is struck by lightning, they may need immediate medical attention. Lightning victims do not carry an electrical charge and are safe to touch. Call 911 and monitor the victim. Start CPR or use an Automated External Defibrillator if needed.

Additional first-aid steps are included in this link:

Although lightning affects all regions in the United States, the southeastern states are most at risk. Lightning generally decreases from the southeast to the northwest, except for a few places such as the Rocky Mountains, where topography causes regular thunderstorms during the summer. Alabama, Colorado, Florida, Georgia, Missouri, New Jersey, North Carolina, Ohio, Pennsylvania, and Texas have the most lightning deaths and injuries.

Florida is considered the “lightning capital” of the country, with more than 2,000 lightning injuries over the past 50 years. 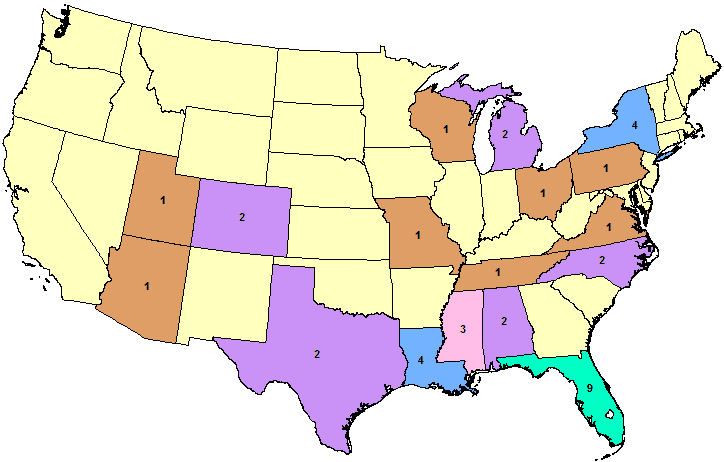 Click here to find out where lightning is currently striking within the United States.: