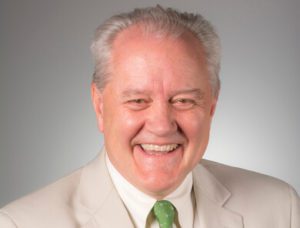 Daniel J. Pedersen is the Sr. Advisor of The Atlanta Speech School and was from 1999 until 2012, founding president of the Buffett Early Childhood Fund, which invests in early childhood practice, policy and knowledge to ensure a better start for very young children growing up in families facing the greatest odds. Under Dan’s original leadership at Buffett, and his continuing consulting relationships with four other national philanthropies, the foundation has helped to build a nationwide network of independently evaluated, highly effective Educare schools.

The Buffett-inspired network of philanthropies also supports the Alliance for Early Success, whose board Dan now serves as chairman emeritus, and the First Five Years Fund. Both organizations seek to improve public policy decision-making. In addition, the same network of philanthropies also supports the work of the Harvard Center on the Developing Child and Nobel Prize winning economist James J. Heckman. Before entering philanthropy, Dan worked as a journalist for 25 years, beginning in Nebraska and ending as a bureau chief for Newsweek in Houston, London and Atlanta.